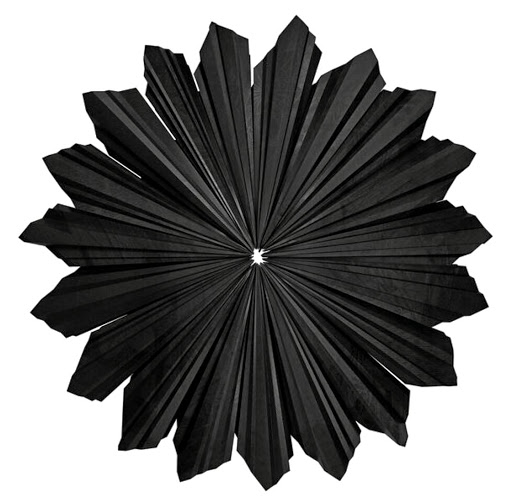 Bevan de Wet has never been more terrified or excited about an exhibition. The Johannesburg-based artist has reinvented how (and perhaps even why) he makes art, and the results will be on view as New Forms: A Study of Broken Parallels, which opens at the Candice Berman Gallery.

People familiar with his art will be surprised by the complete about-turn he has made in his practice. He has eschewed his distinctive high-precision figurative print making in favour of abstract art using mostly ink and paper.

De Wet is throwing himself in the deep end, letting go of everything he has known about art and seeing where he arrives.

Deep Water simply presents blue ink bleeding, spreading and drifting onto a page. It is not surprising to learn that this breakaway and rejection of making figurative art began with water. More specifically, the body of water surrounding the Sylt Foundation, where De Wet took part in a residency on the Island of Sylt in Germany in 2015.

The sense of isolation he experienced, combined with the desire to use water in the process of his art making, was the spark for a radical change.

Having studied under Christine Dixie and Diane Victor, who are known for their gritty portrayal of sociopolitical conditions through bodily depictions, De Wet arrived in the art world producing tight, figurative works centred on the human body. 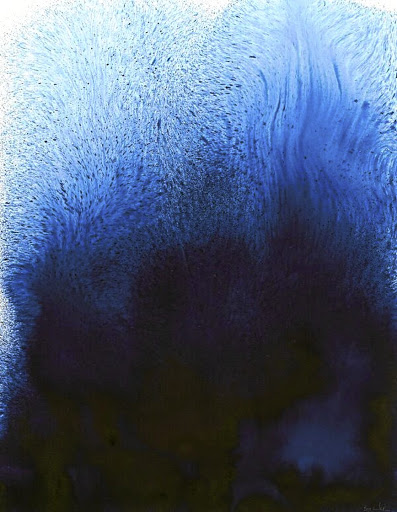 "I was looking at the body as the site for contesting history and identity, displacement and belonging. I was using the body as a surface to be mapped and deconstructed," he says.

By all accounts he was doing well pursuing this line — hence the Sylt residency, which was the result of the artist winning an Absa L’atelier merit award.

"I spent many years building on what I had done as a student, but it had become formulaic. I knew what would work and what would sell, De Wet says.

"I could etch well. I needed to disrupt things. I had been desperate to break out of it [working that way]," he says.

There was also the small, though not inconsequential, fact that his contemporaries in SA and elsewhere in the world were embracing abstraction and minimalism. The movement was driven by a renewed interest in form, materials and the process of making art.

A good portion of young artists had stopped making art that was driven by ideas or clean messages about sociopolitical context.

The sense of freedom in Germany, and perhaps terror of letting go all he had learnt, known and mastered, appealed to him. He more or less imploded his practice and engaged in what he terms a "process of self-sabotage. I wanted to break free of that figurative representation."

He has interpreted this departure as one compelled by a desire to move "away from prescribing meaning".

On paper, this sounds easy — making art without a prescribed meaning.

But as De Wet has found, it is demanding to work against ingrained logic. What he needed to learn first was to let go and embrace "failure".

His new body of work is the outcome of accidents. In Deep Blue, the blue ink plots the line, following the flow of the water. Adding a coloured pigment to water was a satisfying way of letting go, giving over control and introducing water and colour into his practice, which had been defined by a monochromatic aesthetic.

"This show is very experimental. I am trying out new forms and trying to find new ways of approaching mediums and mark making," he says.

De Wet has not totally given over to unknown forces compelling water or ink across the page. In works such as Archetype Study and Deconstructive Wave, he presents hard lines and set geometric forms.

"I am dancing on this line between controlled geometric forms and accidental forms," says the artist.

Another interesting development in De Wet’s experimental exhibition are the paper works, where his obsession with form is embedded in the process of making paper.

The Undertow series presents works made from handmade sisal and ink dye.

"As a print maker I have always worked with paper but I have always been imposing an image onto it. I wanted to explore the materiality of paper as an end in itself," he says.

This tied in neatly with his recent fixation with water, which is used in the production of paper. Ironically, water can also destroy or warp paper.

"Water is an archetypal element of creation and destruction. It is about finding the comfortable space between the two states," he says.

In this exhibition, De Wet’s art is the result of a "push and pull with the material itself", as he puts it. It is hard to know how it might be viewed in future — whether it will be seen as a transitional period.

There is a chance he might get carried along the stream into which he has stepped.

What is certain is that De Wet doesn’t want to know where he is going. He wants to introduce a bit of uncertainty into his practice, to keep growing and to keep his audience intrigued to see what might happen next.