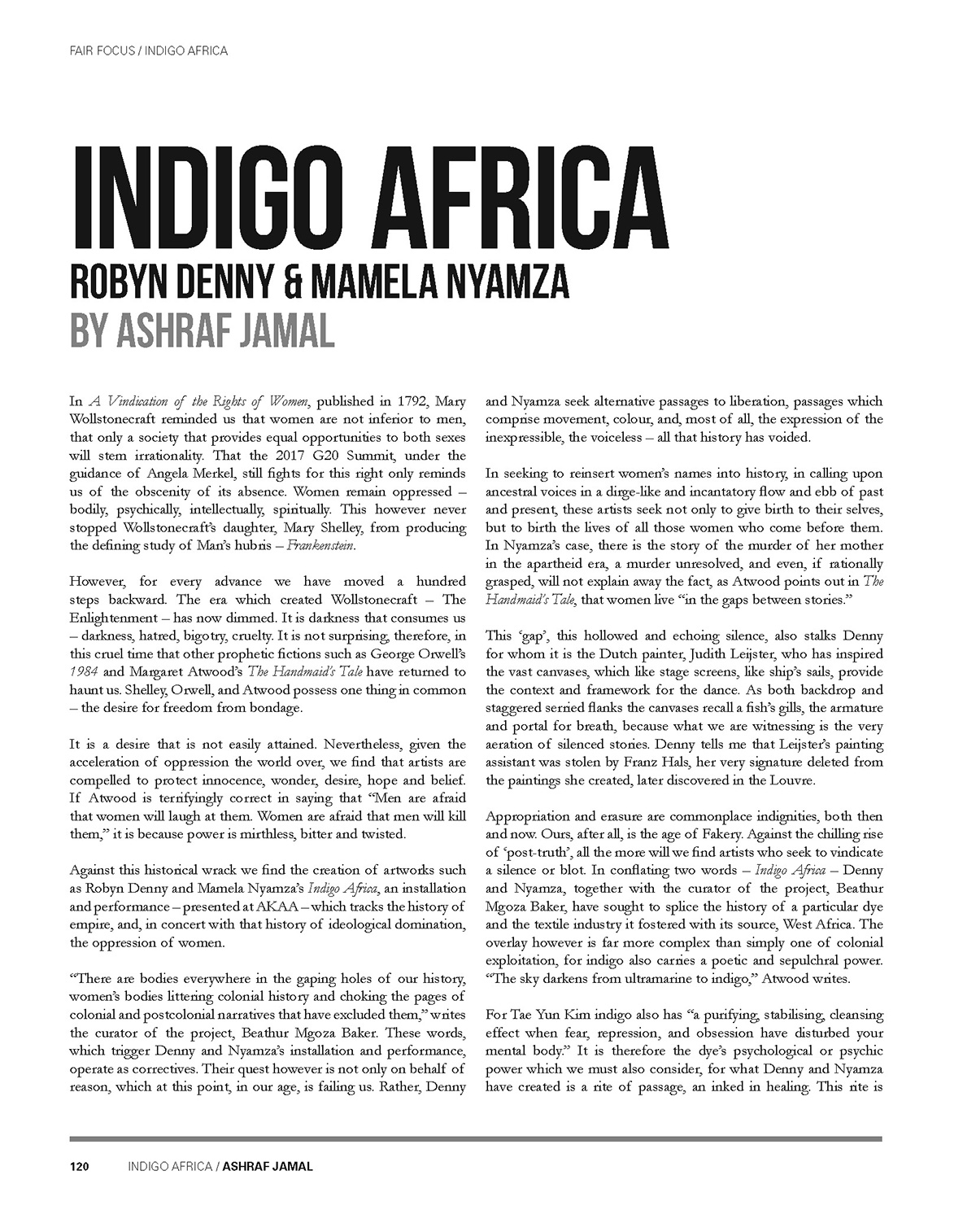 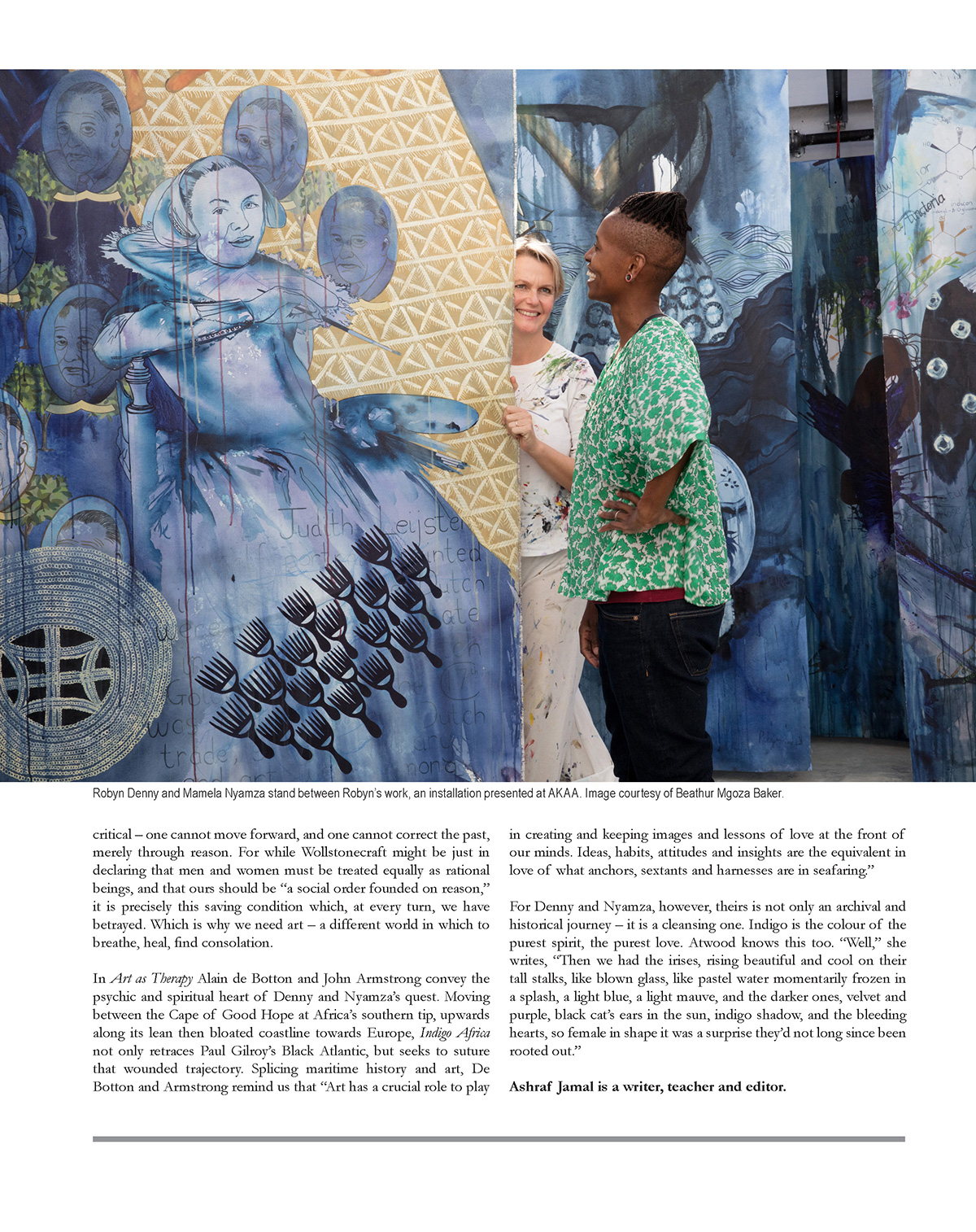 In A Vindication of the Rights of Women, published in 1792, Mary Wollstonecraft reminded us that women are not inferior to men, that only a society that provides equal opportunities to both sexes will stem irrationality. That the 2017 G20 Summit, under the guidance of Angela Merkel, still fights for this right only reminds us of the obscenity of its absence. Women remain oppressed – bodily, psychically, intellectually, spiritually. This however never stopped Wollstonecraft’s daughter, Mary Shelley, from producing the defining study of Man’s hubris – Frankenstein. However, for every advance we have moved a hundred steps backward. The era which created Wollstonecraft – The Enlightenment – has now dimmed. It is darkness that consumes us – darkness, hatred, bigotry, cruelty. It is not surprising, therefore, in this cruel time that other prophetic fictions such as George Orwell’s 1984 and Margaret Atwood’s The Handmaid’s Tale have returned to haunt us. Shelley, Orwell, and Atwood possess one thing in common – the desire for freedom from bondage. It is a desire that is not easily attained. Nevertheless, given the acceleration of oppression the world over, we find that artists are compelled to protect innocence, wonder, desire, hope and belief. If Atwood is terrifyingly correct in saying that “Men are afraid that women will laugh at them. Women are afraid that men will kill them,” it is because power is mirthless, bitter and twisted.

Against this historical wrack we find the creation of artworks such as Robyn Denny and Mamela Nyamza’s Indigo Africa, an installation and performance – presented at AKAA – which tracks the history of empire, and, in concert with that history of ideological domination, the oppression of women. “There are bodies everywhere in the gaping holes of our history, women’s bodies littering colonial history and choking the pages of colonial and postcolonial narratives that have excluded them,” writes the curator of the project, Beathur Mgoza Baker. These words, which trigger Denny and Nyamza’s installation and performance, operate as correctives. Their quest however is not only on behalf of reason, which at this point, in our age, is failing us. Rather, Denny and Nyamza seek alternative passages to liberation, passages which comprise movement, colour, and, most of all, the expression of the inexpressible, the voiceless – all that history has voided. In seeking to reinsert women’s names into history, in calling upon ancestral voices in a dirge-like and incantatory flow and ebb of past and present, these artists seek not only to give birth to their selves, but to birth the lives of all those women who come before them.

In Nyamza’s case, there is the story of the murder of her mother in the apartheid era, a murder unresolved, and even, if rationally grasped, will not explain away the fact, as Atwood points out in The Handmaid’s Tale, that women live “in the gaps between stories.” This ‘gap’, this hollowed and echoing silence, also stalks Denny for whom it is the Dutch painter, Judith Leijster, who has inspired the vast canvases, which like stage screens, like ship’s sails, provide the context and framework for the dance. As both backdrop and staggered serried flanks the canvases recall a fish’s gills, the armature and portal for breath, because what we are witnessing is the very aeration of silenced stories. Denny tells me that Leijster’s painting assistant was stolen by Franz Hals, her very signature deleted from the paintings she created, later discovered in the Louvre. Appropriation and erasure are commonplace indignities, both then and now. Ours, after all, is the age of Fakery. Against the chilling rise of ‘post-truth’, all the more will we find artists who seek to vindicate a silence or blot. In conflating two words – Indigo Africa – Denny and Nyamza, together with the curator of the project, Beathur Mgoza Baker, have sought to splice the history of a particular dye and the textile industry it fostered with its source, West Africa.

The overlay however is far more complex than simply one of colonial exploitation, for indigo also carries a poetic and sepulchral power. “The sky darkens from ultramarine to indigo,” Atwood writes. For Tae Yun Kim indigo also has “a purifying, stabilising, cleansing effect when fear, repression, and obsession have disturbed your mental body.” It is therefore the dye’s psychological or psychic power which we must also consider, for what Denny and Nyamza have created is a rite of passage, an inked in healing. This rite is Robyn Denny and Mamela Nyamza stand between Robyn’s work, an installation presented at AKAA. Image courtesy of Beathur Mgoza Baker. critical – one cannot move forward, and one cannot correct the past, merely through reason. For while Wollstonecraft might be just in declaring that men and women must be treated equally as rational beings, and that ours should be “a social order founded on reason,” it is precisely this saving condition which, at every turn, we have betrayed. Which is why we need art – a different world in which to breathe, heal, find consolation. In Art as Therapy Alain de Botton and John Armstrong convey the psychic and spiritual heart of Denny and Nyamza’s quest. Moving between the Cape of Good Hope at Africa’s southern tip, upwards along its lean then bloated coastline towards Europe, Indigo Africa not only retraces Paul Gilroy’s Black Atlantic, but seeks to suture that wounded trajectory.

Splicing maritime history and art, De Botton and Armstrong remind us that “Art has a crucial role to play in creating and keeping images and lessons of love at the front of our minds. Ideas, habits, attitudes and insights are the equivalent in love of what anchors, sextants and harnesses are in seafaring.” For Denny and Nyamza, however, theirs is not only an archival and historical journey – it is a cleansing one. Indigo is the colour of the purest spirit, the purest love. Atwood knows this too. “Well,” she writes, “Then we had the irises, rising beautiful and cool on their tall stalks, like blown glass, like pastel water momentarily frozen in a splash, a light blue, a light mauve, and the darker ones, velvet and purple, black cat’s ears in the sun, indigo shadow, and the bleeding hearts, so female in shape it was a surprise they’d not long since been rooted out.” Ashraf Jamal is a writer, teacher and editor.